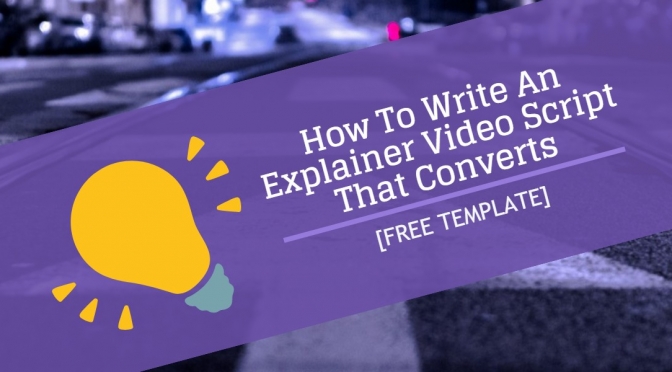 Explainer videos need to first be scripted, and it’s not always clear how best to do this. Your team may decided to write the script internally. After all, you’re the content experts. On the other hand, you don’t have much experience with video, so maybe it would be better to outsource?

No matter which approach you decide to take, there are a few things that should be considered to ensure that your explainer video is effective.

The first step is to create a framework for your script, and we recommend the audio/visual script template for this.

You can think of a video as two separate narratives: one audio, and one visual. Of course, these two narratives need to work together, so this should be indicated in the script. To do that, it’s best to format your script as a table with two vertical columns.

Download our A/V script template below that you can use to create your script.

The big challenge in writing for video is engagement. If your video doesn’t grab people’s attention and draw them in, they might simply stop paying attention. That means the best explainer video scripts are written like a story, meaning that information is constructed and presented in a logical sequence, rather than a list.

Sometimes the temptation is to cram all the information you can into a script. But there is a cost in doing so. Viewers might feel overwhelmed, and have difficulty following your message. This is less of a risk when you’re writing text, where engagement is less of a challenge.

Read more: 3 Elements of a Story You Need in Your Explainer Video

2. Focus On The Benefits

Another temptation might be to fill your script with juicy details about features. This is only natural – especially for people who work in sales. But generally speaking, the purpose of a video is to communicate the benefits of a product or service. Think less “how it technically works”, and more “how it can help you.”

Any good video producer will need to ask one important question: who is the audience? In the world of marketing, it’s important to know who the message is specifically targeting; what is the buyer’s persona? Is it the IT person who is stressing out about his outdated systems? Or is it the C-level person who wants to see measurable improvements in business? This is a crucial distinction.

This comes into play in the scripting process because the writing needs to address someone. In fact, one of the first crossroads you’ll come across as a writer is whether to use the second or third person (“you” or “he/she). If you decide to use a phrase like “improve your business”, you’d better be sure whether “you” refers to the IT guy or the boss.

If you’ve committed to creating a video, it’s probably because you’ve already realized the incredible opportunities of the medium. One of its biggest strengths is that it is visual. That means it can communicate in an altogether different way. Visual communication is simple and intuitive, with the power to give a complex idea a simpler form.

Writing for visual communication is probably the most ‘advanced’ skill in script writing. It can take a bit of practice, and it’s more complicated than you might assume. Sometimes a script looks great on the page, but once it gets animated, the pace and flow are all wrong. So if you decide to take on this challenge, give due respect to the creative challenges involved.

5. Include A Call To Action

All the best explainers end with one thing: a call to action. After all, every explainer video should have a desired result: more traffic to your website, more email subscriptions, more contact form submissions, etc. If your video doesn’t indicate a desired action, then how will you see results?

When to Hire a Professional Script Writer

Writing explainer videos is an interesting creative exercise, but beware the pitfalls. If the video you’re producing is an important piece of your marketing strategy, then be wary of the risk of “giving it a shot internally”.

The most common mistake we see is that people underestimate how complicated explainers are to produce. It’s sort of like planning a wedding; you might start with the intention of keeping it simple, but once you get in the weeds, you realize how much planning, coordination, and decision-making is really involved.

There are benefits to hiring a professional script writer, including the fact that they may have more experience in writing for the visual medium, to write strategically, and in incorporating storytelling.

Using a Buyer Persona to Better Target Your Explainer Video

In the past, marketers would typically segment their audience in terms of broad demographics – things like age, occupation, geography, income, ethnicity. However, these crude categories offer only superficial insight. Customers are real people with unique motivations. 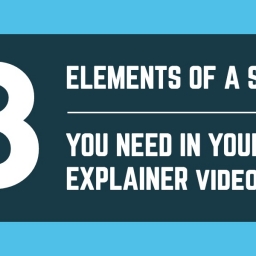 Recent studies have shown that 59% of executives would rather watch a video than to read text, and 75% of them report watching work-related videos on business websites at least once a week. It’s no surprise then that 96% of B2B organizations use video in their marketing, with 73% reporting positive results to… 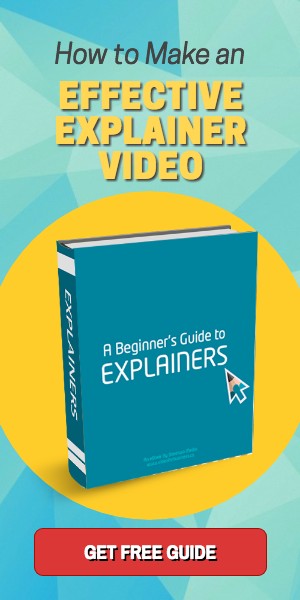